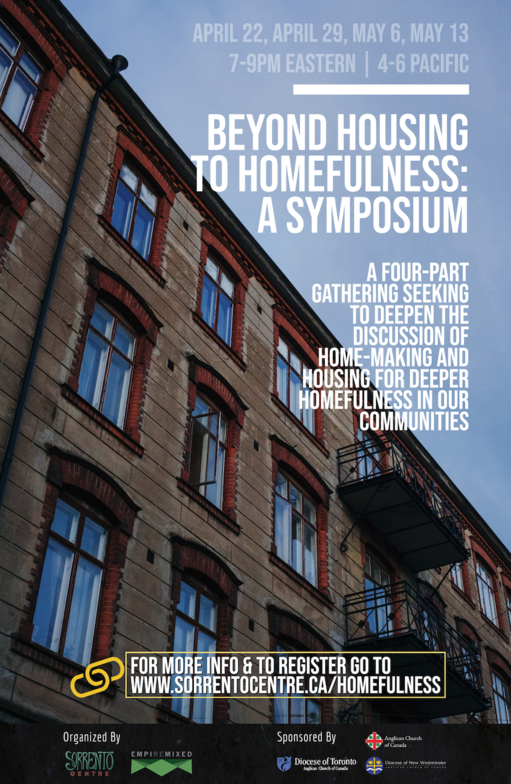 Since Canada launched its $40 billion, 10-year National Housing Strategy in 2017, housing insecurity and homelessness have remained in crisis in remote and rural communities, not to mention urban areas. In too many places, the conversation has settled on the least that can be done.

It's time to focus on home-making - that's the vision that should drive the actions of governments, housing developers, advocates and activists, faith communities and others.

Join Empire Remixed and the Sorrento Centre for an incredible four-part on-line symposium over four Thursdays in April and May. Join 18 thinkers and advocates who have been active in Canada, the UK and the United States in home-making.

This four-part symposium seeks to deepen the discussion of home-making and housing. In the face of a systemic homelessness that has economic, social, public health, ecological and cultural manifestations, how might we develop more holistic and integrated policies and practices for deeper homefulness in our communities?