This is what community looks like... affordable housing to bears to carp 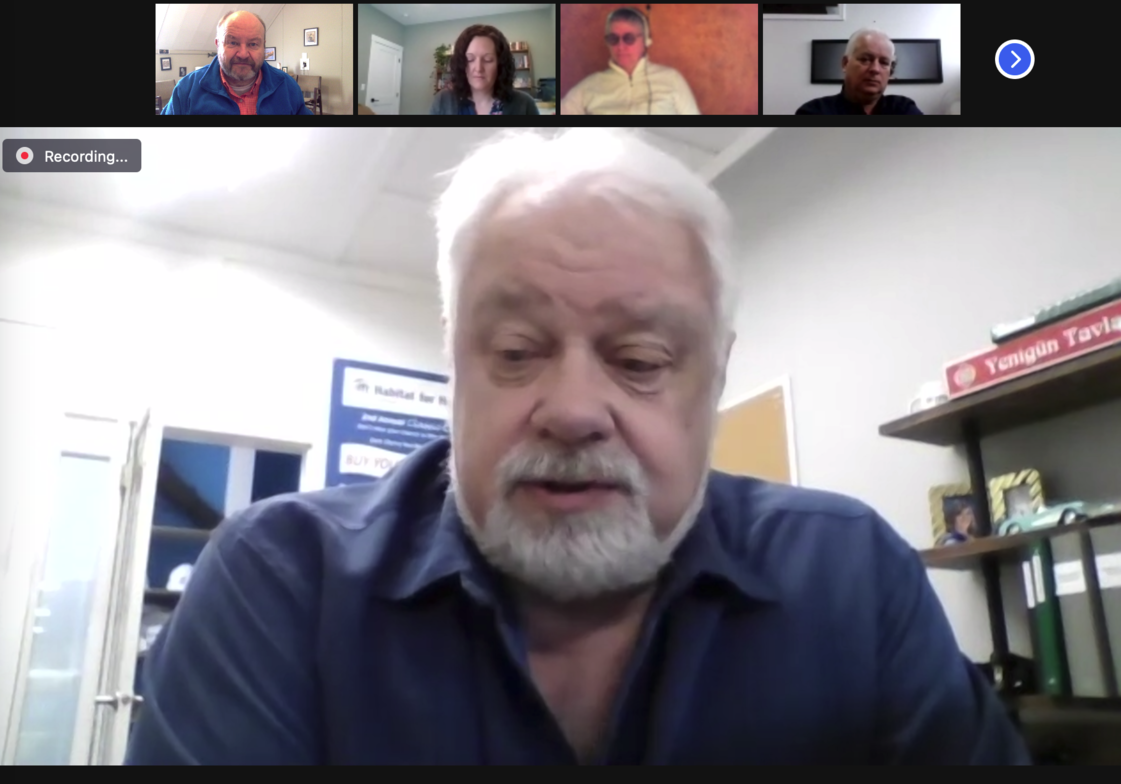 Today's on-line meeting of the South Shuswap Coalition - which serves the mostly rural region in what is otherwise known as Area C of the Columbia Shuswap Regional District (with a handful of communities including Sorrento and Blind Bay) - drew more than two dozen participants from a wide variety of community groups and social agencies, as well as our CSRD Director Paul Demenok and our BC MLA Greg Kyllo.

Bill Miller and Rex Landis from Habitat for Humanity Kamloops, which is active on affordable housing projects throughout the region (including a collaboration with the South Shuswap Housing Society for affordable seniors' homes), gave an update on their work. Bill is pictured in the photo above.

We also had a wide range of reports from activities throughout the South Shuswap - everything from BearSafe to getting rid of invasive carp in White Lake, as well as updates from our two health centres, the public library and lots more.

Thanks to Heather O'Brien from Better At Home for chairing the meeting.

The Sorrento Centre was glad to be the on-line host for the South Shuswap Coalition. We're proud to be part of such a dynamic and engaged community!