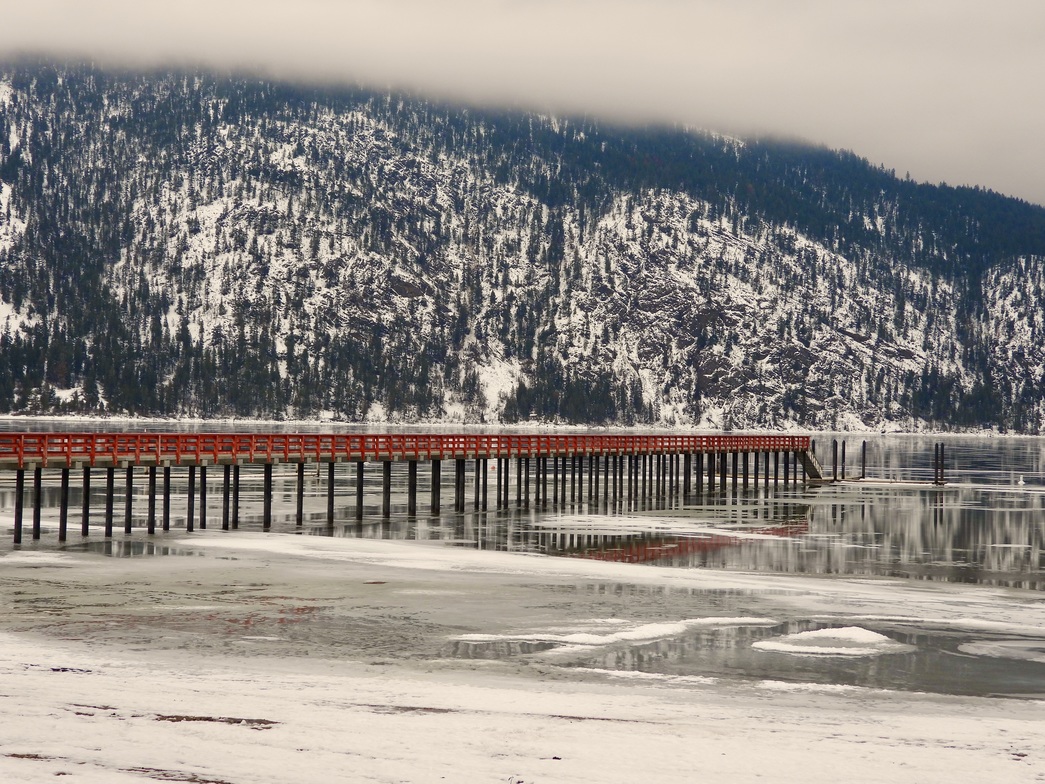 The Village of Chase is a pretty community just a few minutes west of the Sorrento Centre (pictured above, the view from Chase's Memorial Park looking out into Little Shuswap Lake). A Housing Needs Assessment commissioned by the Village Council revealed in 2021 a disturbing picture of growing housing needs, including seniors and others. There are only 53 truly affordable homes in the community of approximately 2,500 - so no wonder that Chase, like most of the rest of Canada, has a serious affordable housing crisis.

Sorrento Centre Executive Director Michael Shapcott, who is also President of the South Shuswap Housing Society, met with Mayor and Council earlier today to speak up for more truly affordable housing. For more than a dozen years, a local resident has been tirelessly (using his own resources) pressing forward with plans for a 31-unit non-profit housing co-operative. Land has been acquired, plans developed and, most recently, a building permit has been requested.

Unfortunately, the Village of Chase has layered on expensive conditions to the building permit which threaten to derail the much-needed affordable housing. In addition to requiring development charges (some municipalities waive or defer these charges for affordable housing), plus other improvements to the site, the municipality has asked for street lighting, curbs and other improvements along a major street bordering the proposed affordable homes. The additional requirements would add more than $1 million to the cost of the development, which would price it out of existence even before the building commences.

Shapcott acknowledged that the billions upon billions of affordable housing dollars promised by the federal government since 2017 has not made it to the Shuswap. The proposed housing co-operative is seeking federal funding and hopes to be the first new affordable homes in that Village in years. He also acknowledged that cash-strapped municipalities, like Chase, face real costs in supporting new development. While high-end housing projects can and should absorb these costs, affordable housing cannot (without federal or provincial funding).

The 2021 Chase Housing Needs Assessment concluded: "Chase is in a position similar to many other communities in BC where housing affordability and supply are being challenged by pressure on the housing market and aging demographics.” The needs assessment urged the Village Council to "Be open to creative housing ideas from community groups, societies, or developers… [as well as] encouraging or providing incentives for developers to build purpose-built rental housing." One important incentive would be to waive additional costly development requirements, said Shapcott.