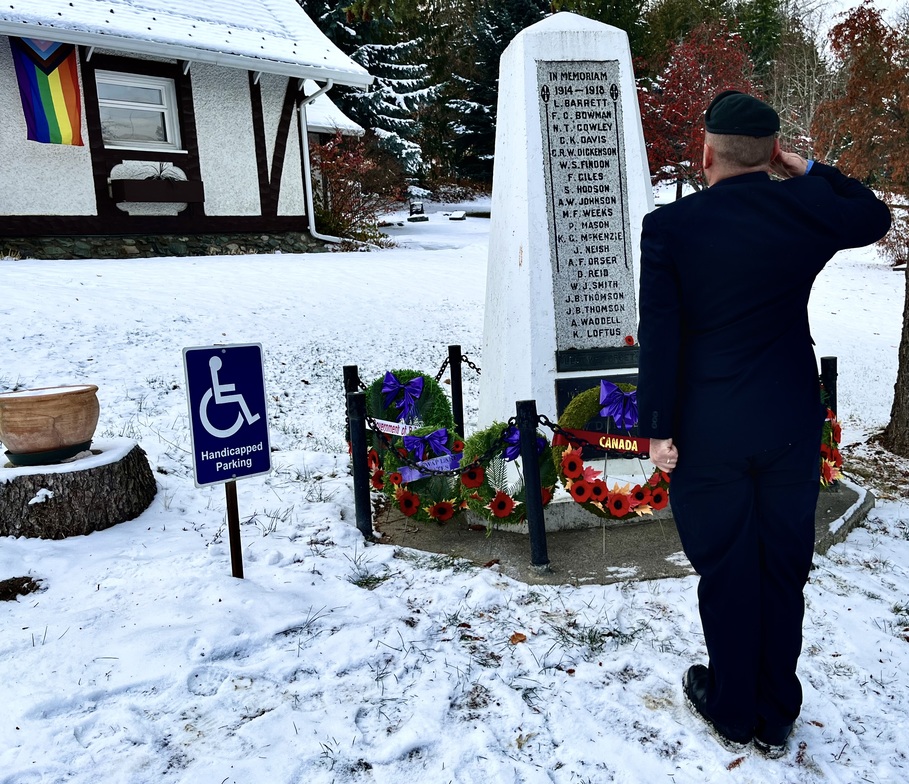 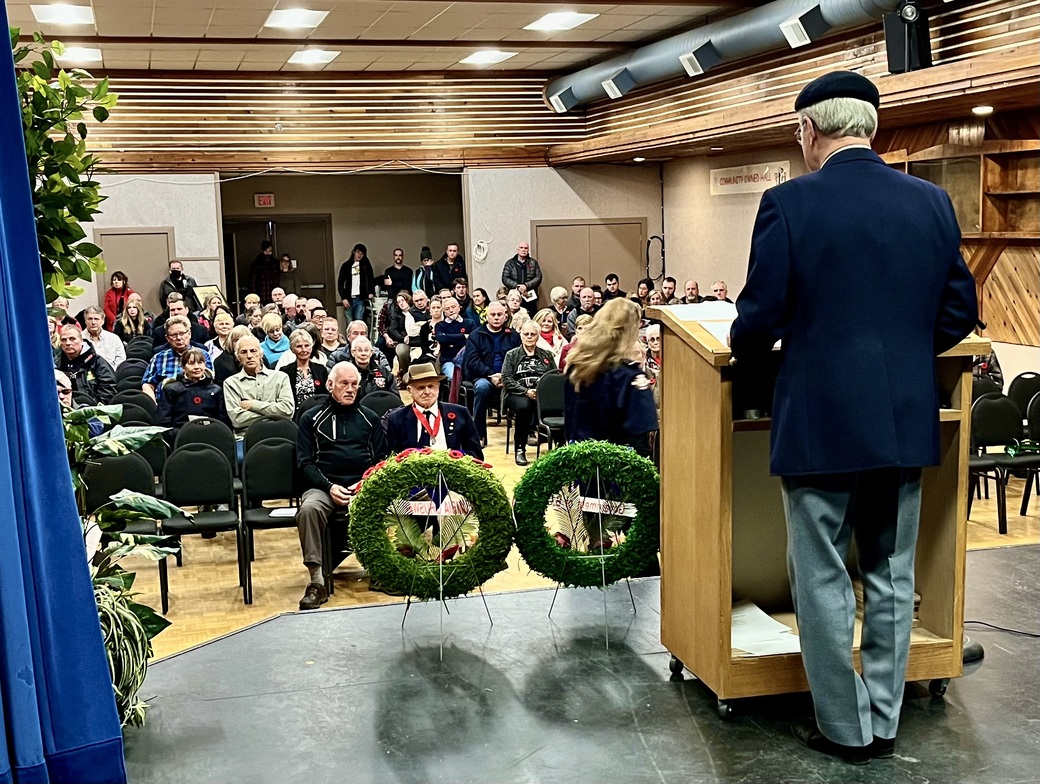 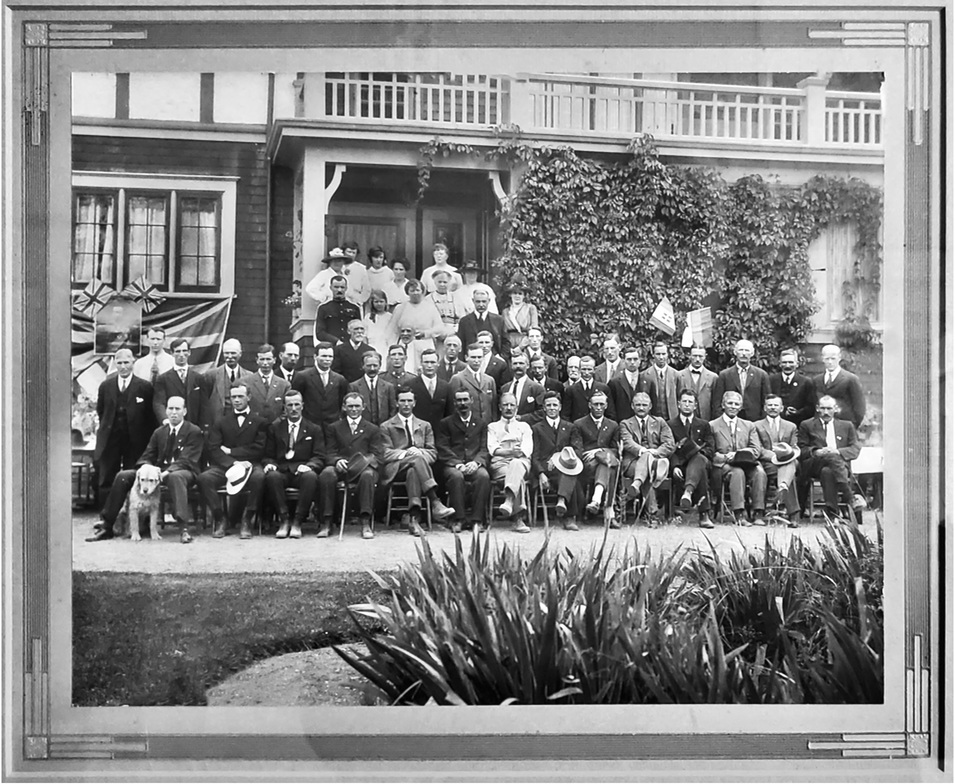 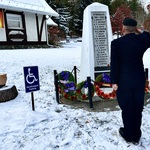 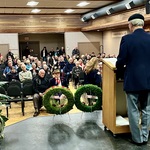 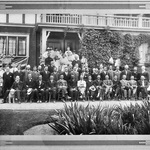 More than 100 people gathered at Sorrento Memorial Hall on Nov. 11 for the annual Remembrance Day ceremony - the first in-person gathering since 2019. Pilot Officer Jack Barker, who received his wings in 1944, was an honoured veteran in a ceremony led by Alan Cook, who served in Germany and Yemen. Alan has been presiding at Sorrento's Remembrance Day service for more than a decade. Rev. Heather Hamlin Gravells, incumbent at St. Mary's Anglican / United in Sorrento, participated.

The annual Remembrance Day address was delivered by Rev. Michael Shapcott, Executive Director of the Sorrento Centre and Deacon at St Mary's. He drew on wisdom offered by Secwepemc language scholar Dr. Marianne Ignace from Simon Fraser University, who told a Sorrento Centre Indigenous event a few weeks ago that Indigenous people see the past as being in front of them, and the future behind - an important way of entering into the lament and hope of Remembrance Day that is different from the usual European perspective.

"Remembrance Day is a time of lament and a time of hope. Lament for the loss of lives, the sacrifices by so many, in times of war. Hope that their sacrifice was not in vain, hope for a better world – a world free of violence and death. It is a mistake to think that Remembrance Day is merely looking back on old times, old memories, old people, old events.

"About two weeks ago, the Sorrento Centre hosted an event called Mindfulness and Indigenous Law. More than 100 people gathered here in this very hall. Among the experts was Dr. Marianne Ignace, a professor at Simon Fraser University and expert in Secwepemc language. Dr Ignace made a very interesting observation I have been thinking about non-stop since then.

"Her comment rings most powerfully on this day – on Remembrance Day.

"Dr. Ignace said that, for Secwepemc and other Indigenous people, the past is not something behind us or the future something in front of us. That’s the way that most of us tend to think about past and future – past behind, future ahead. For our Secwepemc neighbours, said Dr. Ignace, the past is in front and fills our vision, as well as guiding our thoughts and our lives. It is the future that is behind us, difficult to see, hard to comprehend.

"Think about that – and think about how that different way of looking at past and future can help us this Remembrance Day. Let’s not see the past as merely something behind us – a distant memory, an old story. Let us summon the past to the front of our vision to help us understand the present and live with hope into the future."

Michael used two historical incidents - a gathering of first world war veterans in Sorrento in 1920 (102 years ago) and the horrific bombing of Coventry in November of 1940 - to encourage Remembrance Day participants to use memory of the past as a guide to building a future based on hope, justice and peace.