Mapping a future of reconciliation... 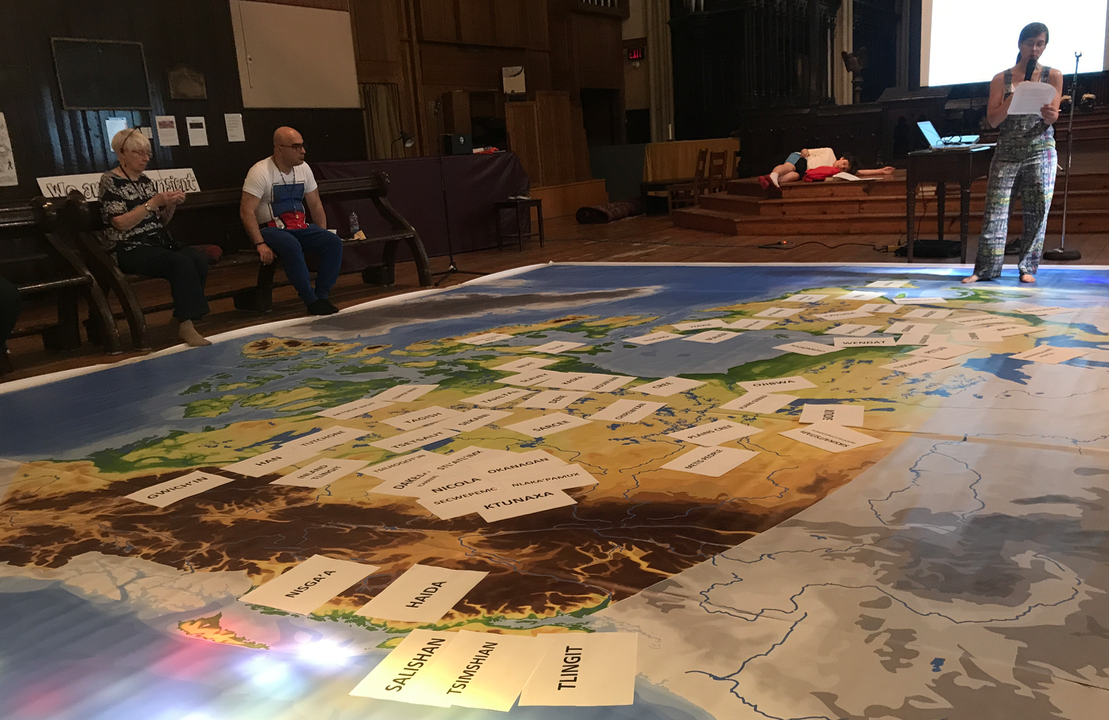 Coming soon to the Sorrento Centre: We are to be a regional centre for the Primate's World Relief and Development Fund's (PWRDF) Mapping Exercise!

One of the more toxic elements of the colonization of Canada by European settlers has been the concept of terra nullius, Latin for empty land. For the Church and for governments, it was little more than a fancy term for "finders keepers" - as the First Peoples of this land were rendered invisible and irrelevant. Early settlers claimed that the land we call today Canada was "empty" and "uninhabited", and therefore it could be claimed by the European powers. Esther Wesley, Coordinator of the Anglican Fund for Healing and Recognition has written: “Papal Bulls of the 15th century gave explorers the right to claim lands they discovered for Christian Monarchs." The law courts, starting in the US in 1823 with Canada, Australia and New Zealand following, used the notion of terra nullius to deprive and deny the First Nations, and other Aboriginal groups, their rights to land under a concept that came to be known as the "doctrine of discovery". It was only in June 2014 that Canada's Supreme Court finally overturned this terrible, and racist, notion and pointed to the Royal Proclamation of 1763 which, though largely neglected in government and legal policy,  recognizes the relationship between First Nations and European nations as being "nation-to-nation" - which means respect and legal recognition for the customs, laws and practices of the First Peoples.

The PWRDF Mapping Exercise is meant to be a practical tool for learning and reflection. A large map of Canada (part of what many Indigenous people call Turtle Island) shows the vast expanse of land. Then, the "empty" land is populated with the names of a great many First Nations, Inuit and Metis Nations. Michael Shapcott, Executive Director of the Sorrento Centre, will be joining others from across Canada at a training session in Winnipeg in early June. The goal is that skilled facilitators will bring the mapping exercise across the country - giving more support to the ongoing journey of reconciliation.

Pictured above: PWRDF's Public Engagement Program Co-ordinator Suzanne Rumsey leading the exercise and helping to populate the map of Canada.

Stay tuned for more details, or send a note to [email protected] for additional information.