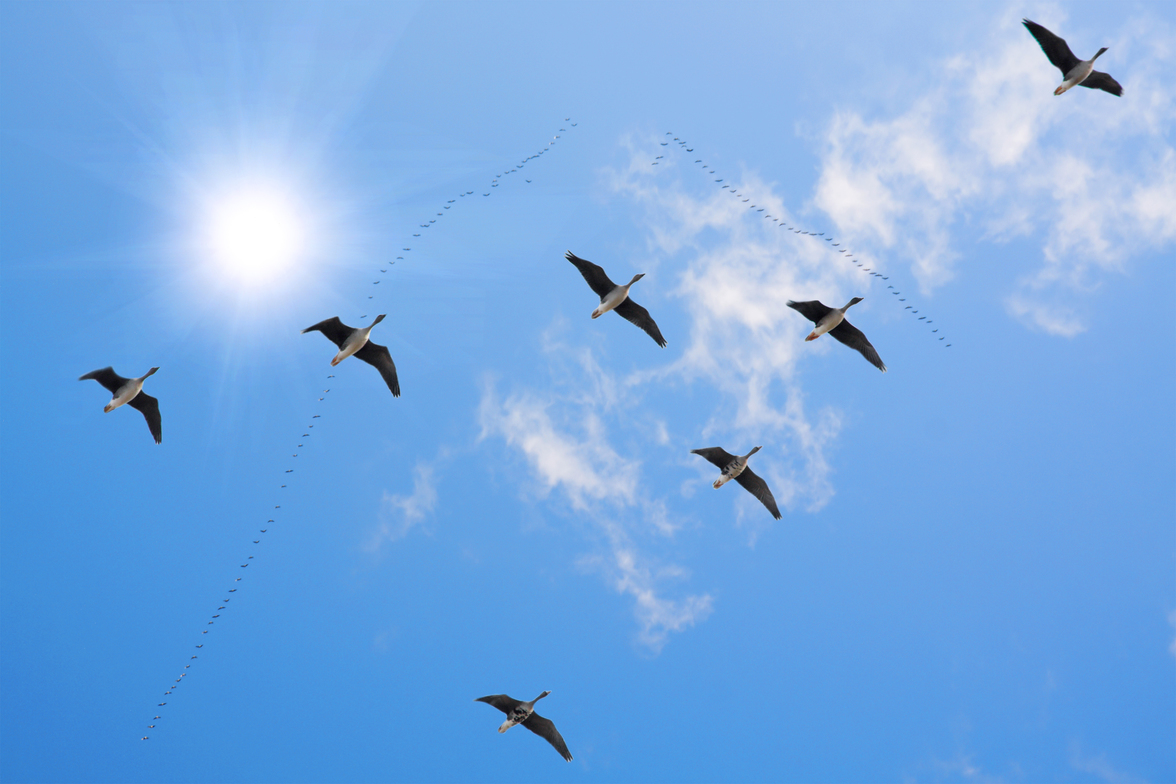 This fall, when you see Canada Geese heading south for the winter, flying along in V formation, you might consider what science has discovered as to why they fly that way: as each bird flaps its wings, it creates an uplift for the bird immediately following.

By flying in V formation the whole flock adds at least 71% greater flying range than if each bird flew on its own. People who share a common direction and sense of community can get where they are going more quickly and easily because they are traveling on the thrust of one another. When a goose falls out of formation, it suddenly feels the drag and resistance of trying to go it alone and quickly gets back into formation to take advantage of the lifting power of the
bird in front. 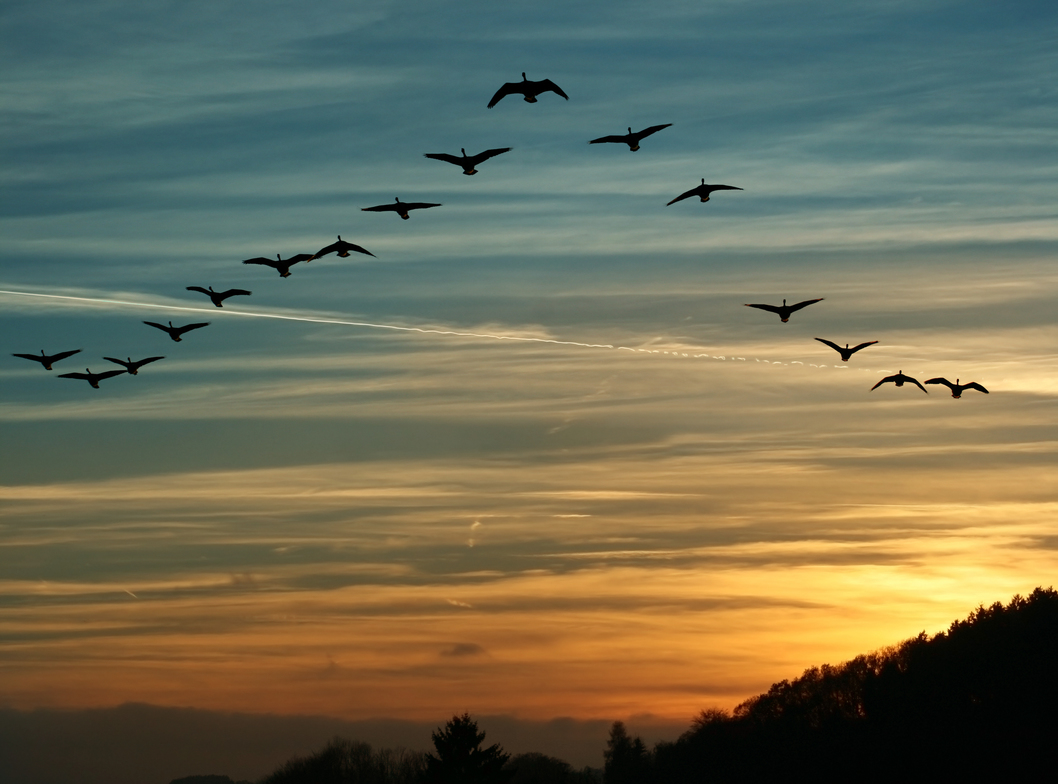 If we have as much sense as a goose, we will stay in formation with those who are headed the same way we are. When the Head Goose gets tired, it rotates back in the wing and another goose flies point. It is sensible to take turns doing demanding jobs with people or with geese flying south.

Geese honk from behind to encourage those up front to keep up their speed. What do we say when we honk from behind? Finally, and this is important, when a goose gets sick, or is wounded by gunshots and falls out of formation, two other geese fall out with that goose and follow it down to lend help and protection. They stay with the fallen goose until it is able to fly, or until it dies. Only then do they launch out on their own, or with another formation to catch up with their group.

If we have the sense of a goose, we will stand by each other like that.

Adapted from an article by Harry Clarke Noyes, January 1992

Once she felt disconnected... Meet the candidates - election 2021 Show your proof of vaccination...