Lamenting the deaths at residential schools...

...truth-telling is part of the reconciliation process... 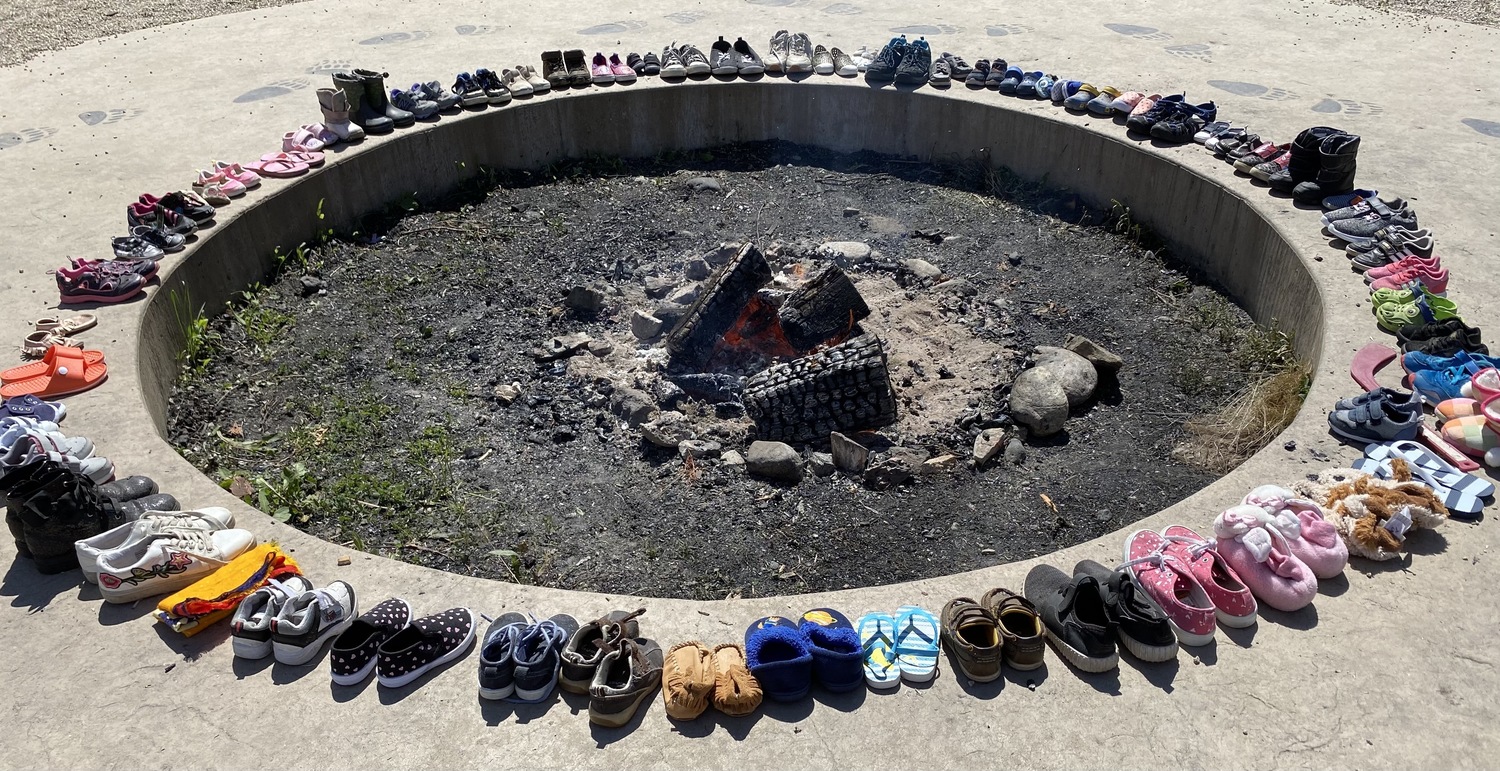 A sacred fire has been burning for several days at Splatsin First Nation. The Splatsin are the southern-most tribe in the Secwépemc Nation, the largest Interior Salish speaking First Nation in Canada. Their offices are near Enderby - about 60k south of Sorrento.

The sacred fire at Splatsin was one of many memorials across Canada to honour the 215 children whose unmarked graves have been discovered by ground-penetrating radar on the site of the former Kamloops residential school.

"It's not cultural genocide," said one survivor. "It is genocide." Harsh words that capture some of the harsh reality of the latest truth-telling regarding residential schools and colonization across Canada.

On Monday afternoon, residential school survivors and others gathered at Splatsin for lament, truth-telling and the continuation of the reckoning process that is part of the national and local journey of reconciliation.

Michael Shapcott, Executive Director of the Sorrento Centre, was honoured to be welcomed to the Splatsin ceremony. He brought a gift of sacred medicines that was used in the smudging that was part of the ceremony.

The stories told by survivors were painful and accompanied by tears - but there was a powerful message to everyone, including the settlers who were welcomed to the ceremony. That message - take up the stories, don't leave it to the survivors to bear them alone. Part of the healing process is story-telling, and active listening.

Another part of the healing process, we were told, is that settlers need to turn away from the cruelty, the bullying, the downright evil that was manifest in the residential school system - and remains a terrible reality in our society today. "Find ways to be kind to each other," urged one survivor.

There have been sincere, serious and health-felt apologies from some church leaders and governments over the years. That is important, but not sufficient. More apologies will no doubt be required as more abuses are uncovered.

Canada's Truth and Reconciliation Commission set out almost 100 specific recommendations in its agenda for action. There is much more that needs to be done to investigate the deaths of children in Kamloops and at other residential schools across Canada.

There is much more truth-telling and reckoning ahead.

At the Sorrento Centre, we are committed to continue the journey of reconciliation by:

Support is available to anyone affected by their experience at residential schools and to those who are triggered by the latest reports. A national Indian Residential School Crisis Line has been set up to provide support to former students and those affected. People can access emotional and crisis referral services by calling the 24-hour national crisis line: 1-866-925-4419.

One phone call away... Ten actions to support TteS Honouring the children...