Creating homefullness - it takes a community...

...including communities of faith 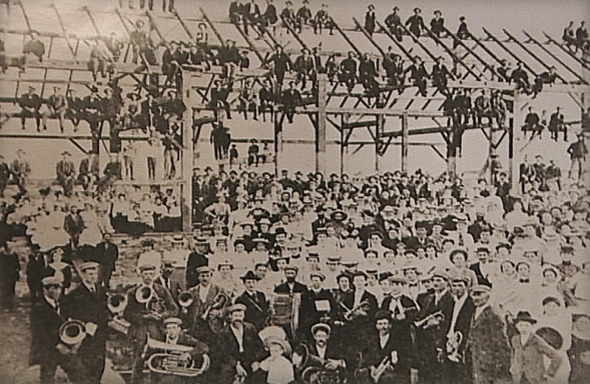 The solution to Canada's nation-wide homelessness disaster isn't short-term shelters, it isn't even housing - the real, enduring solution is homefullness. More than just a mattress on a floor, more than a modest room, a home is a physical space that is so much more than just four walls and a roof (plus electricity and plumbing). The United Nations says this about the human right to adequate housing: "Housing is the basis of stability and security for an individual or family. The centre of our social, emotional and sometimes economic lives, a home should be a sanctuary; a place to live in peace, security and dignity." Anglican and other Christian traditions, along with a wide variety of faith-communities, have long been involved in home-making across Canada. When the federal government announced $40 billion for a new national housing strategy in 2017, faith communities once again started to mobilize. When I think about the community-building process that leads to good quality, truly affordable homes, I think of an old photo taken in the 19th century of a barn-raising in rural Ontario. Everybody - women, children and men - have a role to play. Take a close look at the photo. See if you can spot the two trombone players. Canada won't end homelessness by managing people who are homeless - stacking them into shelters. Canada won't end homelessness if we repeat the mistakes of the past - like the poor-quality public housing developments of the 1950s and 1960s, where low-income people were relegated to inferior housing and expected to be grateful. We need to bring together people and communities in home-making processes. The good news is that we have done that in many parts of the country, and we can do it again. With governments committed as partners alongside communities, we can build from the community up a national wave of home-making that will end homelessness. This summer at the Sorrento Centre, please join me for a participatory course on homefullness in August. Come prepared to share and learn, and return to your home community equiped and inspired to take action.