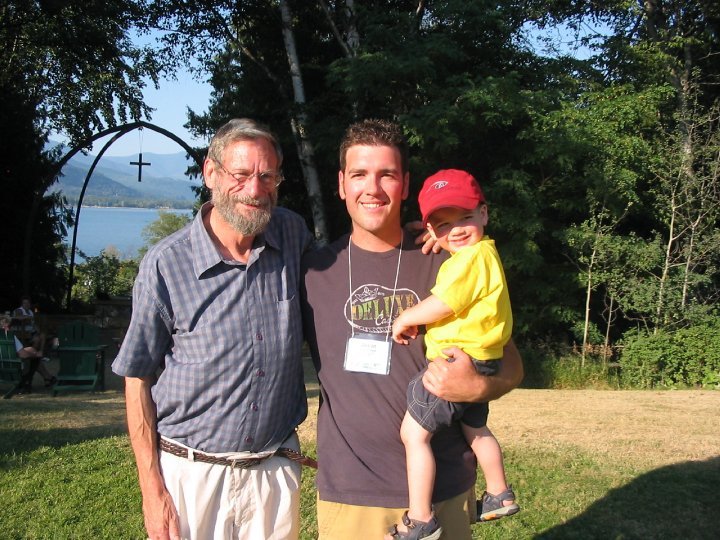 As Sorrento Centre approaches its 60th anniversary, it somehow seems fitting that the new board president carries such an exceptional connection with the centre. "Jason literally brings a lifetime of experience to his role as President of the Board of Directors of the Sorrento Centre," says Rev. Michael Shapcott, Executive Director. "Jason’s father was the founding director of our beloved Centre. Jason has grown up on our campus, and he continues to contribute actively to our life and mission. On behalf of all the staff, we are deeply grateful to work alongside Jason."

Get to know Jason a little better as he shares some of his memories and thoughts about Sorrento Centre, as shared when he visited last summer, as he has every year for a lifetime.

The photo above is of the late Bishop Jim Cruickshank along with Jason and his son Sam (Summer 2007).